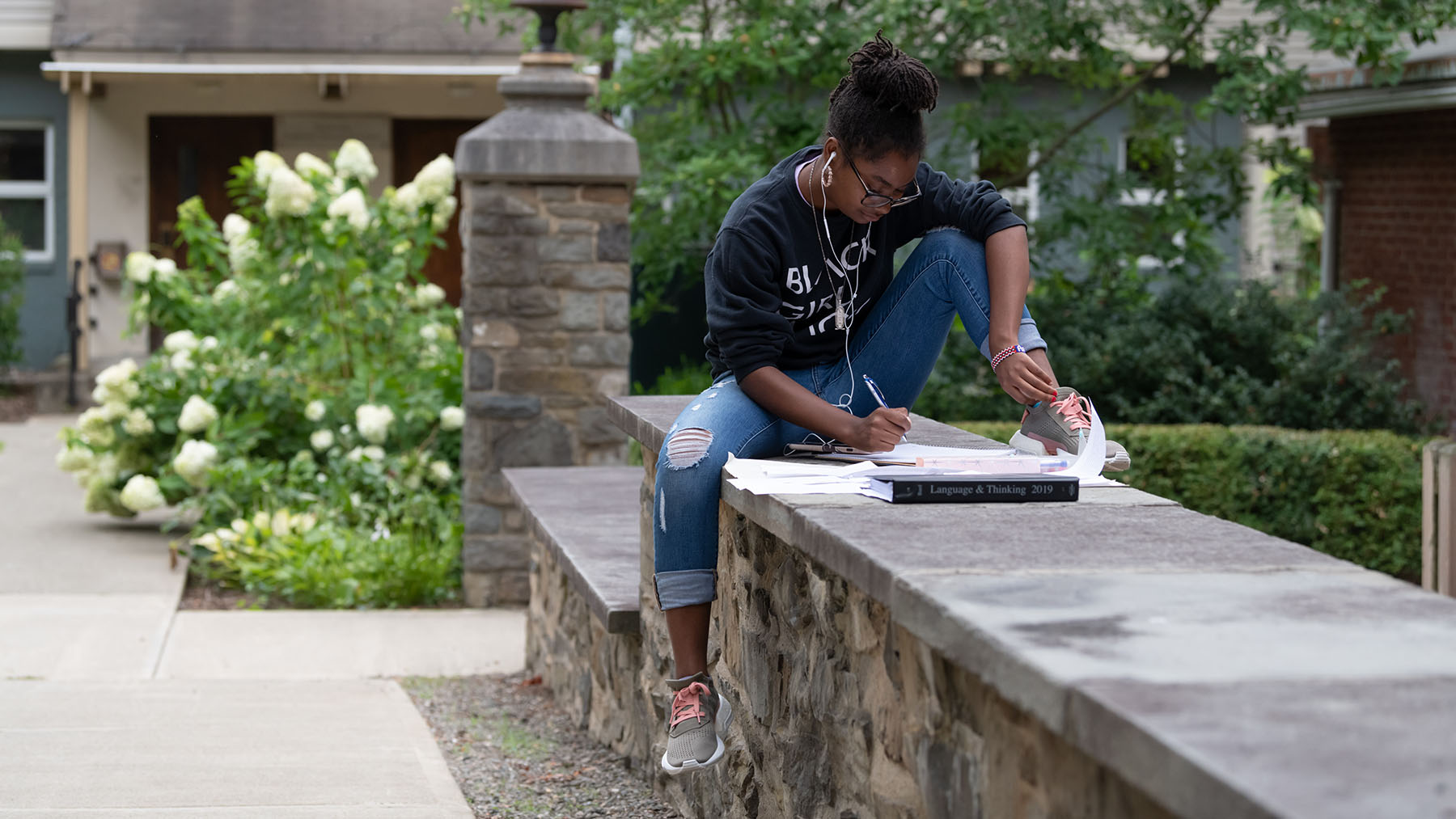 Photo by Karl Rabe
The Literature Program at Bard is free from the barriers that are often set up between different national literatures or between the study of language and the study of the range of intellectual, historical, and imaginative dimensions to which literature’s changing forms persistently refer. Literary studies are vitally engaged with interdisciplinary programs and concentrations such as Experimental Humanities; Human Rights; Mind, Brain and Behavior; Middle Eastern Studies; and the Africana, Asian, Classical, Environmental and Urban, Gender and Sexuality, Latin American and Iberian, Medieval, and Victorian Studies Programs.

If language is among our most expressive media, our most thoughtful media, then its careful study can only enrich our communication with each other: present, past, and future. The study of literature is grounded in the study of words and syntax: how we make meaning in language and how language makes meaning in us. In studying literature, we not only learn to tolerate ambiguity of meaning, but also find meaning in expression as much as in what is being expressed.

The Literature Program embraces its central role in general education at Bard. Following from the Language & Thinking and First-Year Seminar experiences, Literature program faculty emphasize the integral connection between writing and thinking. Students of Literature acquire habits of mind as well as skills of close reading, critical analysis, and written communication that will serve them throughout their lives as citizens and into any career as ambitious as it may be.